The most famous ICT Market  in Africa, lkeja Computer Village Lagos where many types of Computer gargates,  Phones,  Laptop,  Television,  Cds etc, has been relocated or moved to ICT park Kantangowa in Agbado. 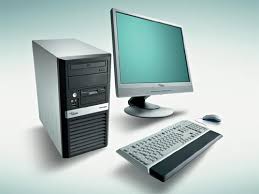 This recent update was also comfirmed by the Lagos State Government in series of tweets on the relocation.

This is not the first time the Government has made known about the relocation plans-it was first disclosed in 2003.


However given the recent actions by the Lagos State Governor,  it is quite sure or asured that the relocation might take place sooner than expected.

The relocation plans was due to environmental control,  degradation,  housing stock deficit and traffick congestions in the axis of Ikeja.

as the market covers about 26 hecteres of land,  but it's setting is disorganized with most traders dealing on second-hand clothes,  don't get me started on the distance.


Author: My name is Omeh Collins Ogbonna am a passionate Blogger who wants to Help The World Through Technology by Solving, giving out Useful and Valuable information using my blog as the great and unique medium. We provides all Tech / Telecommunication services, How To Make Money Online, free/Cheap Datas, Andriod Smartphones, Games, 9Mobile, Tech news, iPhones, Phone Review, ICT Issues, Free Tutorials. etc. You can Contact Me or join my Social media platforms. We welcome everybody from all around the World. love you all.